When we turn the pages of the gradual development of modern Assamese music, the very first thing that strikes our mind is that it is quite a recent affair. History tells us that modern Assamese music was formed with the combination of the different Ragas and Raginis and the folk songs. But until 1883, Assamese songs were scarcely existent and Assamese people used to sneer whenever the question of composing songs in Assamese was brought in. Assamese people of those times sang only the Bengali Khemta songs, Nidhubabu’s Tappa and the songs of Syamlal and Dwijendralal. Bengali Kirtans and jatras penetrated into the nook and corners of Assam and even entered into the Satras. Bengali drama and music reigned supreme in the domain of Assamese dramatic literature and music. When this stage was over Assamese people began to sing songs translated from Bengali introducing new tunes. Till that time none composed songs in Assamese. But the influence of Bengali introducing new dramas did not last long. In 1883, late Satyanath Bora, published Geetabali, a beautiful book consisting of the first Assamese songs in the current Bengali tunes. So, Satyanath Bora may be called the first Assamese composer of songs. After this Assamese people never looked back. In 1901, was published Pranay-gan by late Bhaktaram Dutta Choudhury of Barpeta. This collection of songs dealt with the victory of love. Then we find Banhi, a collection of songs by late Benudhar Rajkhowa in 1906. Thus, these men with a strong sense of national feeling offered their contribution to the store-house of Assamese music.

Though Satyanath Bora, Bhakatram Dutta Choudhury, Benudhar Rajkhowa composed Assamese songs, they had not yet been able to make any headway. Their contemporary late Lakshmiram Barua (1875-1914) was one of the prominent pioneers of Assamese music. He will remain immortal in the musical literature of Assam for enlivening and vitalizing its existence. He felt that for its existence Assamese songs must be based on the basis of the Raga-Sangeet. But, of course, he had also written songs in the style of folk music and for Brindabadya. His Santeet Sadhana and Sangeet Kosh introduced a new phase in Assamese music. Lakshmiram Barua gave evidence of his love for and skill in music by organising theatre party at Shillong and acting as its band master and by establishing a theatre party, ‘Bijni Hall’ and ‘Assam Association’ of Dhubri for cultivation of music. Raja Prabhat Chandra Barua Bahadur writer of Sangeet-Sopan, was his intimate friend. He was also a mainstay of the ‘Ban Theatre’ of Tezpur which developed its musical side beyond expectation with his guidance as ‘musical master’. Thus, the songs composed by Lakshmiram Barua and Radhanath Phookan of Jorhat who composed Kiyonu Pahora Asomiya Hera, Siro Laltumi Asila Swadhin remind us of the past achievement of the Assamese race. Prafulla Barua, son of Lakshmiram Barua recorded this song. The young men of that time found inspiration in music from the songs of the lyrical poet Padmadhar Chaliha. The songs in his Phuloni were very well received in the Assamese society of that time.

After Lakshmiram Barua, who had contributed a lot to the development of modern Assamese music, we also remember national minded Sangeetacharya Kirtinath Sarma Bordoloi whose feeling of glory of Assamese heritage revived the riches of Kamrupiya Sangeet. His immortal books Surparichay, Kamrupee Sangeet etc. are invaluable contributions to Assamese music. Not confined to Raga Sangeet he wrote many lyrical dramas like Basanti Abhisek, Luit Konwar, Sur Bijay etc. composing songs in distinctive Assamese melodies like Byas, Suknanni, Durgabari, Aainam, Biyanam etc. As the chief of Assamese music in the Publicity Department of the Government of Assam also his contribution has no comparison. His song in Durgabari style Ai Sonar Asom Ho and two other songs Naame Mandakini Dhar and Akul Meghe Sujal Dharaearned popular praise at that time. Through owing to the efforts of the leaders of modern Assamese music there was a beginning of the composition of Assamese songs, yet, there was no effort made to bring Assamese music to the threshold of the new times and Assamese music had yet to wait to introduce itself without any complex. Though as examples of old music, Bangeet, Bhakatia-geet, Aainam and Biyanam etc. had some entrance into educated society, Assamese educated persons sneered at Assamese culture considering it to be vulgar. Then, there appeared Rupkonwar Jyotiprasad Agarwala who inaugurated a new chapter in the history of Assamese music and made Assamese tunes acceptable to Assamese society. 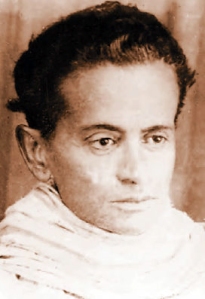 In the history of the gradual development of Assamese music also remember the names of lyrical poets like Umesh Chandra Choudhury, Nabin Chandra Bardoloi, Ambikagiri Roy Choudhury, Prasannlal Choudhury and Parbatiprasad Barua. During the national movement these poets wrote songs to suit group singing. Among those Nabin Chandra Bardoloi’s Deka Gabharur Dal and Ambikagiri’s Bol Bhai Aguai will ever remain in the minds of the Assamese people as a great source of inspiration. In 1915, Ambikagiri earned the applause of all by singing his He Janmabhumi Janani Amar Santi Sadhana Swarga, in the Assam Students’ Conference with Lakshminath Bezbarua in the chair. Umesh Choudhry will be remembered for his song Asoma Nirupama Janani and for his books of music Pratiddhani, Debaddhani and Mandakini. We cannot also leave aside Jyotiprasad’s contemporary Parbatiprasad Barua, who enriched Assamese music by writing Sonar Soleng. On the other hand Kamalananda Bhattacharyya’s collection of songs Bauli and two songs which were once so largely appreciated – Bilat Tirebiroy Padumor Pahi Oi and Charai Haladhia will make him immortal. In the field of modern Assamese music mention may be made of Porosottam Das, who composed Srimoyee Asomee, Anandiram Das, Siva Bhattacharyya, Nirmal Mazujmdar, Anukul Nath, Kamal Choudhury, Dilip Sarma, Naba Barua, Brajen Barua, Rudra Barua, Mukul Barua, Molin Bora, Dhan Chandra Das and many others. Above all, Dr. Bhupen Hazarika, who with a new style both in matter of composition and tune brought a new resurgence in the Assamese music. Through his efforts Assamese songs have crossed their limited boundary and have found a place in other provinces as well. (Neelopal Deka, Guwahati)

This project is totally dedicated to make an archive of Assamese oldies. Use of the songs here is not intended as a copyright infringement on any of the artist or any other entity’s copyrighted material. As totally a non- commercial project, all the music present in this site is for Cultural Promotion and Information. If you believe that any material found on our Site has been used in a manner that constitutes infringement of your copyrighted work, please provide written notice to our Email ID info@enajori.com that includes the following information: (1) the signature of the owner or a person authorized to act on behalf of the owner of the Work that is allegedly infringed; (2) identification of the copyrighted work claimed to have been infringed; (3) a description of where the infringing material is located on the Site; (4) your contact information i.e. address, telephone number, and email address; (5) a statement by you that you have a good faith belief that the disputed use is not authorized by the copyright owner, its agent, or the law; and (6) a statement by you that the information in your notice is accurate and that you are the copyright owner or authorized to act on the copyright owner’s behalf. Please provide legal proof of your right to demand removal. If verified, material will be removed immediately unless permission is given for its use.
%d bloggers like this: