November 5th saw one of the darkest days in the annals of Indian music industry. It lost its last balladeer the dreamwover from the east Bhupen Hazarika. The maestro who had enthralled the audiences across the world took the music of Assam to the world stage. Not only was he a musician; but a legend who united the North East through his words and his actions.

Starting his journey as a 10 year old Bhupen Da as he is fondly called attained one musical height after another. He was infact a true successor to the Leonardo Da Vinci concept of a complete man .Bhupen Da was not only a singer but a lyricist, director, author and a poet. He held the post of President of the prestigious Assam Sahitya Sabha. In his stint as the director of Sangeet Natak Akademi Bhupen Da was able to bring Sattriya Dance of Assam national and international recognition. Infact Bhupen Da was not only a messenger of Assam but of the entire North East. This was reflected in his death when the governments of Arunachal Pradesh and Nagaland expressed mourning as well. 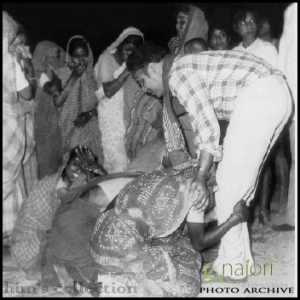 Bhupen Da was Assam’s “Jatir Pita” (Father of the Nation) where he commanded the love and respect of every Assamese. And his death now poses a dangerous proposition of the Assamese people being left rudderless. This was aptly exhibited in the fact in the story of the 4 pigeons. It was a breathtaking sight to watch 4 pigeons following the caravan of Bhupen Da from the airport to Judge Field and finally to the cemetery. It was discussed that these 4 pigeons were indeed the soul of the 4 great Assamese sons of the soil; Jyoti Prasad Agarwalla, Bishnu Rabha,Phoni Sarma and Khirod Baishya present to escort the maestro to the doors of heaven. But it later turned out that the pigeons had their legs tied up to give the whole last journey as supernatural feel. While the crime doesn’t need to be discussed the motive why it was done must definitely be done.

Another line of thought sought to play this turnout of Bhupen da’s death as a sort of assertive Assamese identity. What this Assamese identity however stands for; has mystified each of us for the last three decades especially as one of the strongest student’s movement in free India the AASU movement of 1980’s eventually became a terrible failure.

There has been another further tenacious tendency to count the greatness of the man in terms of his funeral attendance. In his life he was acclaimed, applauded but there was also a stage where perhaps his role was questioned especially his role during the “Khadya Andolan” and “Bhasa Andolan” in Assam in the late 1960’s and the early 1970’s.It was his humanist greatness that he choose to look above the two struggle but a section of people of Assam at that stage couldn’t take it lightly. And yet his friends and more importantly his lifelong detractors arrived to pay homage to his greatness at his death. What matters is not the number of people attending the funeral but his ability to join his friends and foes with his death.

The death of the maestro perhaps should not be given a supernatural coloring in form of four pigeons nor must it be counted among the “Greatest Funerals of the World.”We all watched as the world cried there was invariably a section of people who smiled everytime the television camera zoomed on them. There was always a section who arrived to pay homage because it looked on camera and hoped that it would a few brownie points with the public. There was always a section who updated Facebook status about Bhupen Hazarika’s death and their well cooked biriyani within a matter of 2 hours. In such a scenario it is almost foolishness to count the greatness of the man in terms of “funeral attendance”.

What then is the real legacy of Bhupen Hazarika? Is it a supernatural journey, a record of funeral attendance or a sense of super-assertive Assamese nationalism? The answer is an empathic none of these.

To understand the phenomenon that is Bhupen Hazarika we must understand that the basic nature of the Assamese psyche is high short term emotional quotient and an extreme form of belief in simple symbolism. This short term symbolism is perhaps also the reason why Assam has never been able to produce another Jyoti Prasad Agarwala. The Marwari community, to which Jyoti Prasad belonged, today prefers to exhibit a strong Marwari identity instead of believing in the immersing Assamese cultural sojourn. These makes one wonder what is wrong with the psyche and how will perhaps Bhupen Hazarika be different and how can we make it different.

To understand this we must go back to the composition of the 4 pigeons. The 4 pigeons included a Marwari,A Kaystha,a Rabha and a Brahmin. And this cluttering is perhaps where the success of Bhupen Hazarika will lie. For the first time Assam that has formerly been Balkanized among its tribes, its various linguistic divisions and its two valleys the Brahmaputra and the Barak, stood together. The pain of Bhupen Hazarika was felt from Sadiya to Dhubri from Silchar to Dibrugarh. He united the people of Assam across its lengths and breadth. Those who arrived at the scene to pay homage were not Assamese linguistic speakers or Bengali linguistic speakers. They were not Hindus or Muslims or Sikh they were the people of Assam who were bound together by one common thread the love for their maestro.

And this is the point from which a new sense of cultural identity must be incolculated. Whether 1 man attended his funeral or 50 lakhs did it doesn’t matter as long as there was one solitary heart with a prayer in their lips and tears in their eyes. It doesn’t matter whether the 4 pigeons actually flew with the maestro or not. None of it matters as long as the true message of his legacy is understood. Assam as a concept is broad and encompassing. Assamese nationalism as an identity is perhaps not a reflection of a linguistic chauvinism but an identity moulded in homogeneity. This nationalism is not the reflection of a secessionist tendency but a strong sub national aspiration that runs parallel to the Indian identity.

It is from this idea of homogeneity the death of Bhupen Hazarika endows that Assam must move forward. The road to a new Assam lies in the road to reapproachment and forgiveness and humanity and that I belief is the true lesson of the legacy of the Bhupen Da.

He is truly the Jatir Pita the Father of the Assamese nation.

This project is totally dedicated to make an archive of Assamese oldies. Use of the songs here is not intended as a copyright infringement on any of the artist or any other entity’s copyrighted material. As totally a non- commercial project, all the music present in this site is for Cultural Promotion and Information. If you believe that any material found on our Site has been used in a manner that constitutes infringement of your copyrighted work, please provide written notice to our Email ID info@enajori.com that includes the following information: (1) the signature of the owner or a person authorized to act on behalf of the owner of the Work that is allegedly infringed; (2) identification of the copyrighted work claimed to have been infringed; (3) a description of where the infringing material is located on the Site; (4) your contact information i.e. address, telephone number, and email address; (5) a statement by you that you have a good faith belief that the disputed use is not authorized by the copyright owner, its agent, or the law; and (6) a statement by you that the information in your notice is accurate and that you are the copyright owner or authorized to act on the copyright owner’s behalf. Please provide legal proof of your right to demand removal. If verified, material will be removed immediately unless permission is given for its use.
Loading Comments...
%d bloggers like this: